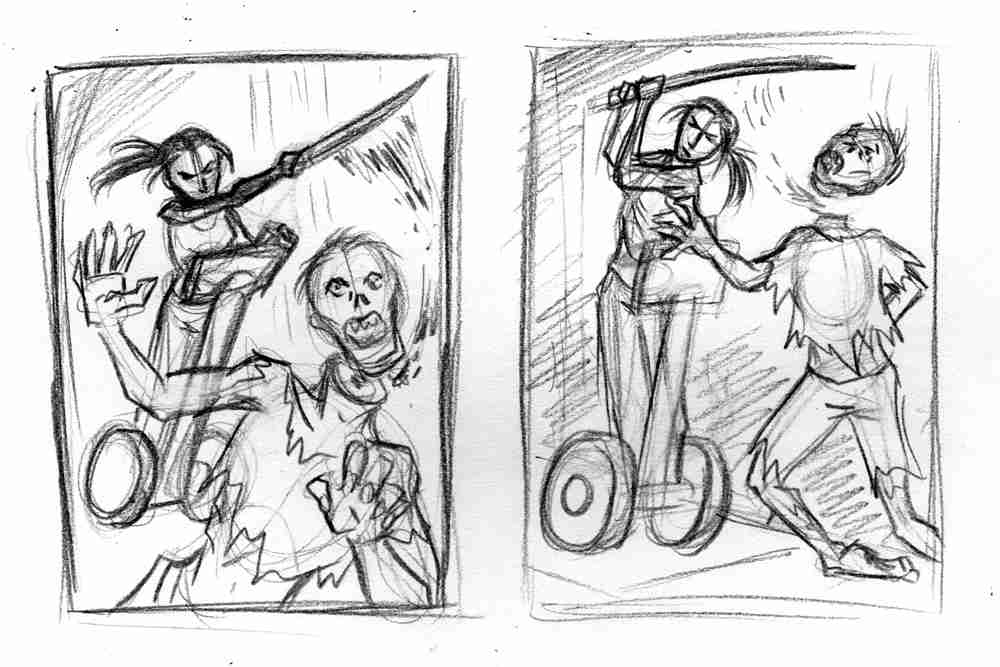 The cover art for the first Suburba Zombie High novel has undergone several incarnations before it was available on Amazon. Being an artist, I knew exactly what grand, epic, and memorizing cover I wanted. There were many failed attempts. The saying, “Don’t judge a book by its cover,” applies to everything except actual books, where they live and die based on their cover artwork. I had to recruit an artist and being one, I knew how difficult it can be establishing a working relationship. Thankfully, I knew just the woman for the job. 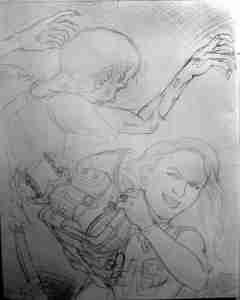 Ironically, I met my cover artist during a high school creative writing class. I was a senior and she was in middle school, gifted enough to be auditing our course. Years later, our paths would cross again as I undertook my graduate degree at Savannah College of Art & Design while she attended for her Bachelors. Meeting a Mainer in the south quickly made us friends and the awkwardness of an age gap hardly mattered at this point. Amanda Kahl was the first and only name that came to mind as I contemplated who I wanted to work with on this endeavor.

Having been a fan of her graphic novel, Age of Night, and her unique treatment of various mediums, I knew she’d be the perfect person. We talked. A lot. At first I had no idea who I wanted to feature, just that I wanted the cover to be as outlandish as the writing. She brought me three sketches based on a couple characters I highlighted. She began to react to my vibe and she pitched an idea of doing an old school book cover that had inspiration from pulp horror books. Her idea lent itself to a classic concept of zombies but also delivered on the sassy sarcastic and bombastic idea I was trying to relay. A good deal of her process was reacting to my, often times, unclear suggestions. I asked Amanda to discuss her process:

“The first stage is of course, the concept. Remy had a great and hilarious idea for this cover so that part was easy; I just had to sketch out a few different versions of it and try to find the best composition. Once he signed off on a sketch he liked I moved on to research. You may THINK you know what a segway looks like, but do you really know where every little bolt and knob is off the top of your head? The research stage is also where I and my husband take pictures of each other in funny poses so I can try to get some of the trickier parts of the figures right (like how a hand would be holding a sword at that angle or making an agonized zombie claw.) With all that information organized I can get to drawing. I like to draw the image at the final size I’ll paint it and just transfer the drawing (usually via charcoal transfer) directly onto the canvas. The drawing also got approved by Remy before I moved on to the final step. That final step: going crazy with acrylic paint!” – Amanda Kahl

The professional relationship has been an important one for me as a writer. As a frequent convention vendor for table top gaming, she provided suggestions for public appearances and ways to present myself to fans. It’s a relationship that will continue as we’ve already begun to ask, “How can we do better than this?”