I’ve read a lot of comics. My geek badge has “Platinum Level” on it. I gravitated to the X-Men as a kid because of their knack for being different and taking on the world against all odds. Something about the underdog raging against the powers in place always appealed to me. But i was never enough for a single comic to tell a story, I craved the life changing arcs created by the X-Men Writers. Something about the situation being so dire it required multiple issues to tell a single tale grabbed my attention and sucked me in. The best? Yeah, there are some that were so great I couldn’t help but compile a list.

4. Phalanx Covenant
I have a lot of reasons for this making my list. At the time of its conception, Sabertooth and Emma Frost are enemies of the X-Men and trapped at the mansion. The underused Banshee and Jubilee escape with the prisoners. The story: an alien race is assimilating Earth and mutants are the last resistance. You’ll see a pattern, I love the underdog story, create a near impossible situation and I’ll root for the lesser party. 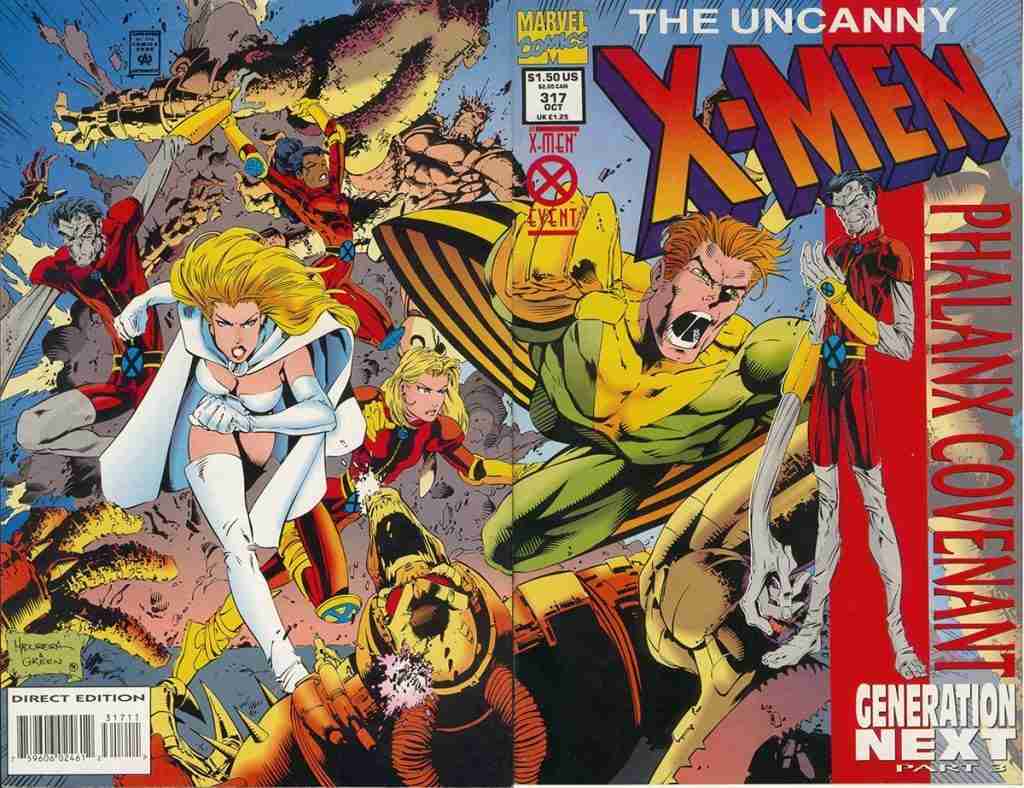 The new mutants who are introduced will eventually become the basis of Generation X, but for now, they’re scared. There was an emotional quality when we see the captives on the boat, being attacked by the Phalanx. The most terrified, Clarice, one of the most popular characters in the X Universe despite only having a few pages of existence. Sacrificing herself to save the others, we watch as even the most timid step up to the plate.

Oddly enough, the actual X-Men have a very minor role in this story arc. Sure, Cyclops, Phoenix, Cable and Wolverine do their thing on Muir Island. We listen to Phoenix and Cyclops grapple with the knowledge that Cable is their son. But the story, it’s the B characters making decisions they were never prepared for. 9 Issues. Full of depth. Read it.

Tied for a close second, 34 (I think) issues tie together an alternate reality caused by the death of Charles Xavier just as his friendship with Magneto first formed. We’ve seen several variations when Magneto takes up Xavier’s mantle, but none are done with quite this ferocity. His extreme measures attitude is soft for the world created about them. Apocalypse has decimated the United States and soon, he’ll destroy the world in his pursuit for survival of the fittest. Where X-men were once friends, we find them as foe, never persuaded by the dream perpetuated by Xavier. 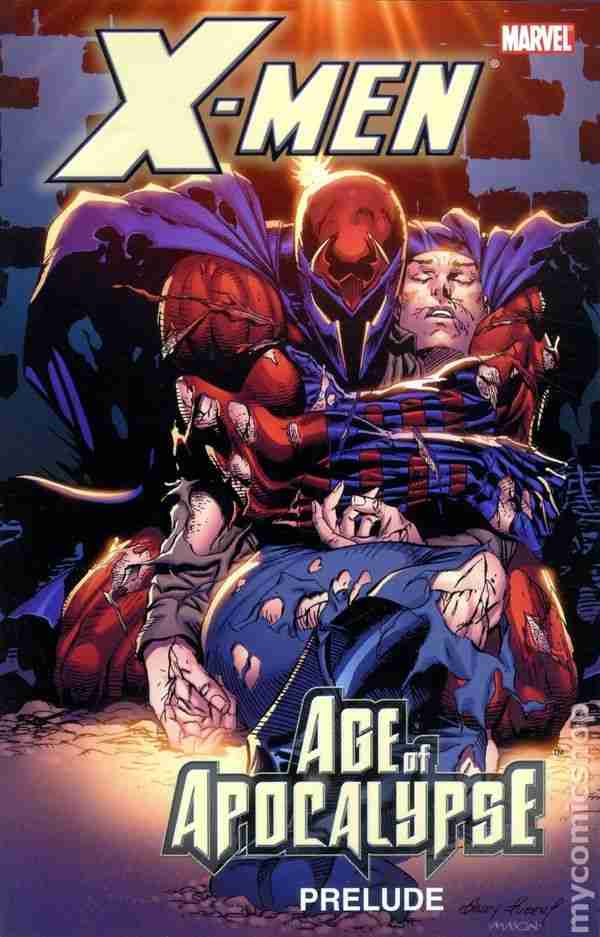 What I dug so much about this series is it embraced Magneto’s anger. The vision he once had for mutant superiority has been realized and he doesn’t like the way it looks. The depth of character is shown in his tender moments with Rogue and his child, Charles. However, he maintains his leadership quality and in place of his typical Acolytes, X-Men stand ready. I found his understanding, from the very beginning, that his actions would doom the entire world to be feasible and understandable. For me, it was like Magneto finally found his purpose where so many writers and plots have failed him.

Of course, we can’t argue that the writers thought long and hard about the influences of Xavier to bring a full story to the plate. We see fan favorites emerge again (Blink, need I say more?) and we see the directions of characters such as Sabertooth change, even if their attitudes and predilection for carnage do not. We get the Wolverine and Phoenix story we want and finally, we see Jean Grey not be the crazy intense determined woman she became under the tutelage of Xavier. The whole thing reads as an amazingly well planned “What if…” issue. Even if you don’t read X-Men, this is an amazing stand alone arc.

At a concert, Charles Xavier is shot (notice a theme yet?) and the culprit appears to be Cable. The story pits friend against friend, righteous against the rogue, and ultimately the X-Men and associates find themselves on the moon. Stryfe, a mutant who shares the same face as Cable has been pulling strings, manipulating villains and destroying bonds between teammates. The final fight hints that Stryfe or Cable may be the long-lost son of Cyclops and former fiancé  Madelyne Pryor. 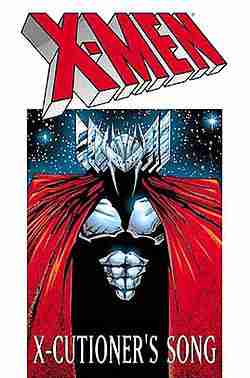 Many of the arcs pit friend versus friend and this isn’t so different. What is outstanding about this is the human factor that is underlying the event. Charles Xavier is near dead, and the man who supposedly killed him is a friend. It’s not about doing what’s right, it’s about getting revenge. Anger fuels motivation and people’s emotions are rubbed raw. A scene late in the arc has Archangel, who has vowed to kill Apocalypse for destroying his life, in one of the most poignant panels I’ve ever seen. Standing over a near dead Apocalypse, the embodiment of “survival of the fittest,” asks his protegé to grant him mercy and kill him. Seeing that it will cause more harm than good, Archangel leaves him alive. What might seem like Archangel grasping onto his humanity is actually him falling further than he ever has before. Amazing.

The main villain, Stryfe however stands out for me in this series. He’s come from nowhere, we’ve never met him before, but in a few short issues, he’s going to change the course of the X-Men for the remainder of their days. Baring the identical face of Cable, we are given a psychological portrayal of pain. He states that Cyclops and Jean are the ones who created him, abusing him, leaving him to die, and so forth. We basically witness a temper tantrum without being told why. The mystery fuels the story and at the end of it, we finally understand: he’s the child of Cyclops and Madelyne Pryor (a clone of Phoenix.) 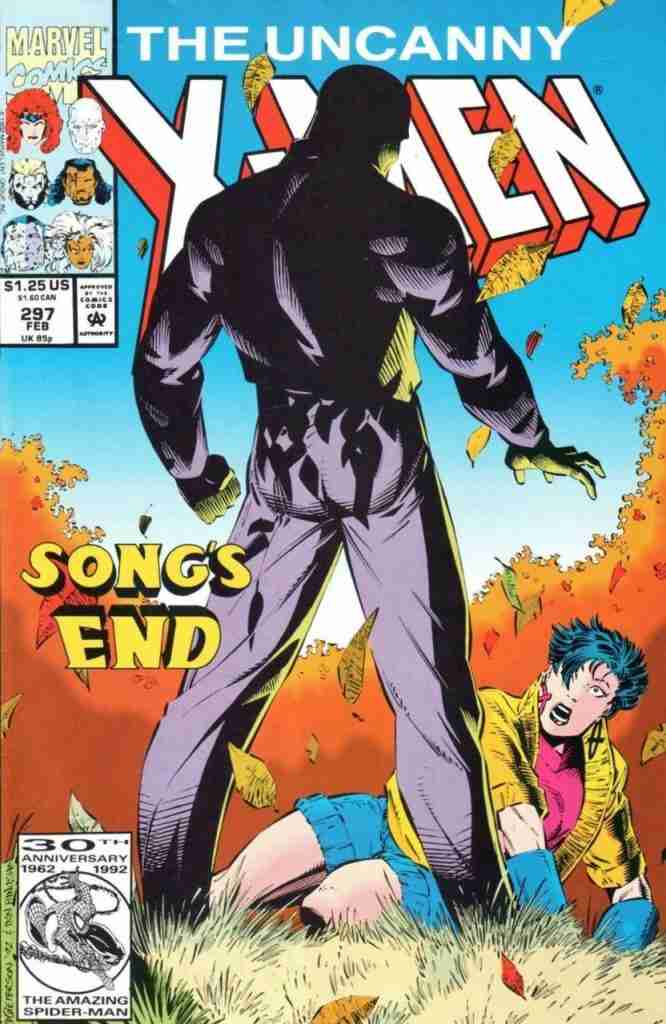 Along with the story came one of my all time favorite prologues to a story arc. The virus that nearly killed Charles Xavier allows him to walk, and for a moment, he and Jubilee share in a momentary bond. I’ve always wondered why would these youngsters connect with him, especially as he aged. Other than safe haven, they have no commonality. There are almost no powers to be used in the issue, just superheroes being normal people. A group remembers simpler times as they reconstruct a damaged bar, Rogue and Gambit share in a moment that will lead to one of the most tragic love stories in comic books. After the high-octane and volatile emotions delivered in the story arc itself, this takes a moment to be the mellow story that shows the aftermath. This is why I read X-Men, to see the normalcy behind heroism.

This one time, Scott Summers started dating Madelyne Pryor, faked his death, started a new team, and got with Jean Grey on the DL. And this whole time, we’re to think Cyclops is such an upstanding guy. Read it again if you haven’t lately, Jean Grey even tries to convince him to tell her, but nooo, he’d rather be scared of his ex-girlfriend. Well it only gets bad when Madelyne begins to see little demons, as it is with every ex I’ve had, that’s when the real crazy sets in. 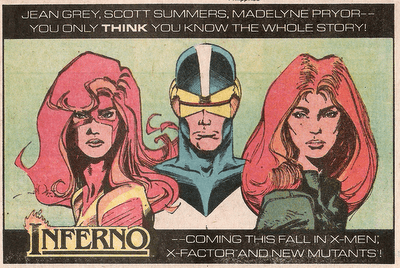 But here’s the best part of the story, Madelyne Pryor, for all intents and purposes, is the victim in the plot line. She teams up with demons from Limbo, a land of demons once ruled by Magik, and now being taken over by rogue demons. Madelyne aligns herself with them in a plot to get revenge, a woman scorned beyond belief. It turns New York into a battle ground and behind every twist and turn, the primary motivation is a woman who is the victim of overpowering grief. 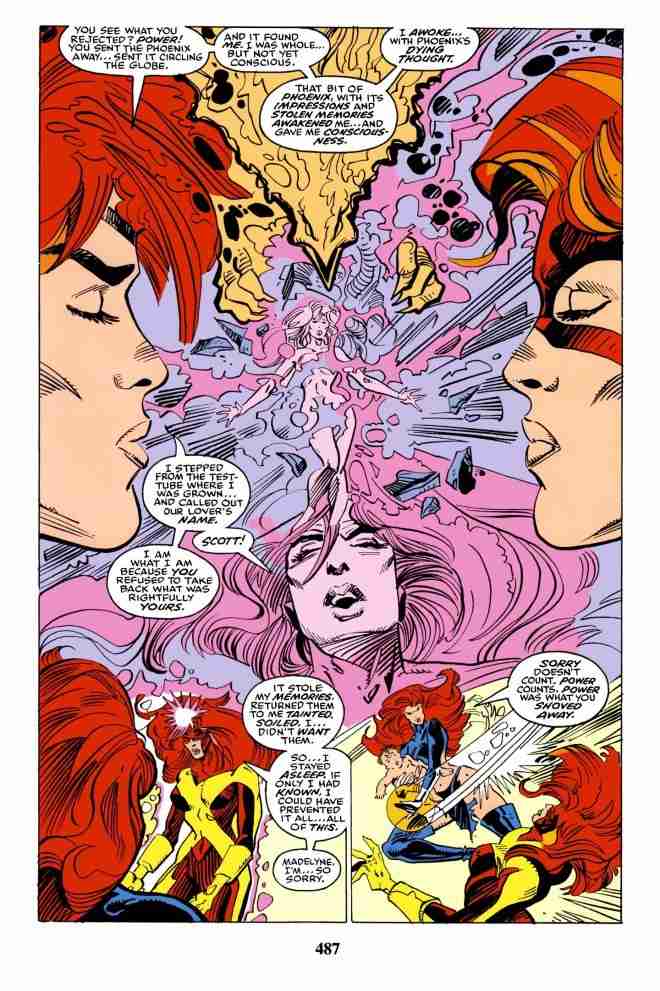 I appreciate the story arc, and how Havoc, Cyclops’ brother turns from hero to villain to hero again. He embarks on a maddening quest to help avenge the woman he loves as she uses his sibling jealousy to her advantage. The underlying story isn’t about superheroes saving the world, it’s about pain, tough decisions, and the consequences of wrong decisions. It grows even more tense as Jean Grey meets Madelyne Pryor, not only the “other woman” but a near identical copy. Literally. The clone deals with her feelings of inadequacy, abandoned by everybody who once supported her. I think there are plenty of people who can speak to this story line. Compounded by some of the most stunning artwork in comics to date, this is my chart topper (originally it would have been X-Cutioner’s Song, but after image searching, I fell in love all over again.)

So what’s your favorite superhero story arc? Let me know over on Facebook.