Night Legions – Relaunch of The Children of Nostradamus 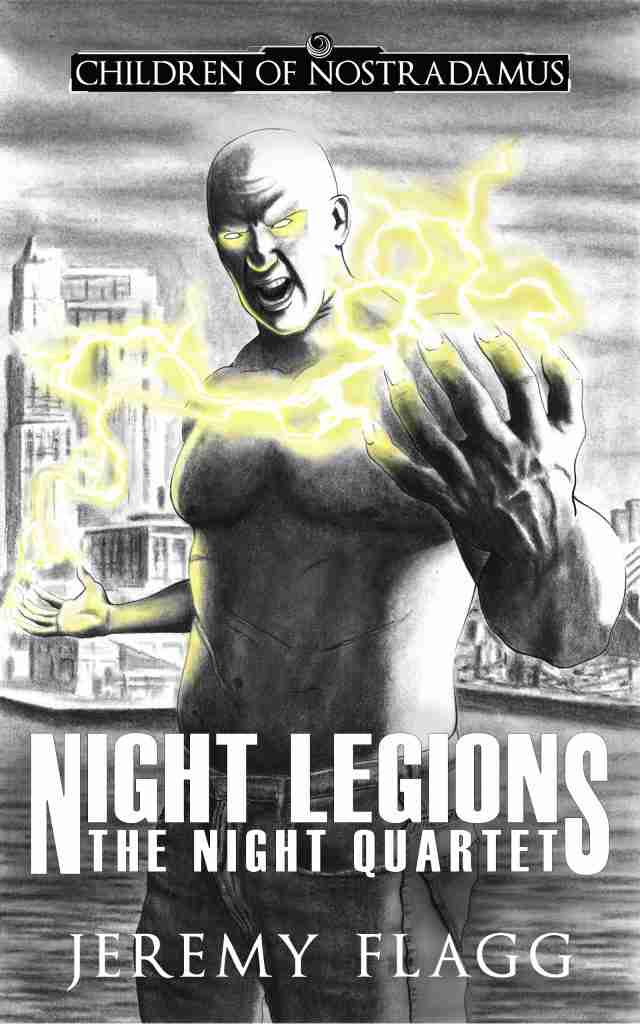 The darkness wears many faces.

Conthan seeks peace in the church of Nostradamus. But hidden amongst their flock, rebels look to him for leadership. For the first time, Conthan can see an end to an ongoing war. He can stop the madman, but only if he becomes a ruthless killer.

In the battle for Chicago there will be no victor.

Dwayne hated killing, but his powers make him an expert. He stomachs the violence when it’s the enemy. Now, he must decide if he’s capable of turning those destructive powers on the Nighthawks in order to save the world.

Delve into the Children of Nostradamus Universe as the Night Quartet descended into an all out civil war.