Once Upon a Time, We Were All Kitty Pryde of the X-Men 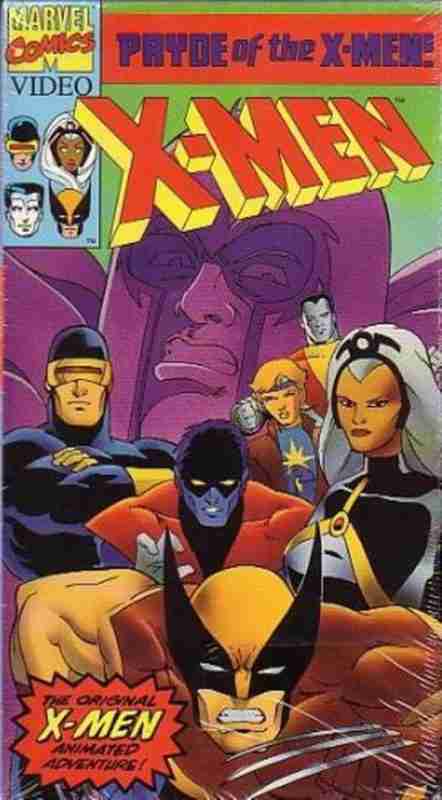 While most people will recall the 1992 X-Men the Animated Series, three years prior, Marvel attempted its first go at an animated X-Men. The premise followed the popular roster of Xavier’s students, Cyclops, Storm, Colossus, Nightcrawler, Dazzler and Wolverine and the joining of Kitty Pryde. While the production value at the time received high praise, the campy story line, Australian Wolverine (did they know Hugh Jackman would join later?) and whiney Kitty Pryde killed all forward momentum.

While watching it, I realized something,  Kitty Pryde, more than any other mutant, is a reflection of the reader.

I wish I could say we’ve all had the ability to phase through solid objects, alter our density, and tame a pet dragon or that we’ve all fallen in love with beefy, sexy men named Peter (no seriously, she’s on her third Peter now?) No, it’s even more profound than that. Kitty Pryde unlike her brethren X-Men is not a symbol of a people persecuted for the difference, she is the face of the individual ostracized within their people. 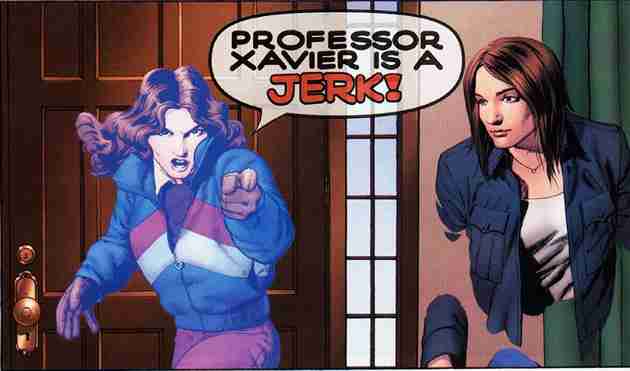 Kitty Pryde originally joined Xavier’s School for Gifted Youngsters because like the other students, she was different. Not only a mutant, Pryde had a genius level intellect. We’ve each experienced a new school, moving from middle grades to high school. We have been outsiders amongst outsiders. Unlike the original five X-Men who were born into a generation when being rebellious was staying out late at night, Kitty Pryde had no problem throwing attitude at Xavier, her father-like figure and threatening not on his physical self, but his entire ideology. We grapple with her anger because like her, we’ve rallied against our parents (even if at a minor level.) We rooted for her to come into her own, to prove all others wrong because once, we wanted somebody to root for us in the same way.

It took years for her to discover herself. It took some of us years to do the same. We weren’t accepted by the outside world and later, we even question our acceptance among our peer group. But as Sprite became Ariel, and then turned to Shadowcat, we watched her experiment with her identity as we did the same. The scared girl, unsure of her own abilities grew into an angry and defiant teen who enter womanhood with the need to prove herself to nobody but herself.

We’ve watched her develop a young girl’s crush on the dashingly handsome Russian Peter Rasputin. While the romance remained plutonic and not returned by Colossus due to her young age (a subject that was even discussed in the comic) we rooted for them. Our teenage crushes were unrequited and we wanted this one, this forbidden romance, to play out even though if it did, we would lose faith in the honorable Russian. Later when they finally have sex, we experience a similar gratification in the moment, seeing Kitty’s childhood crush finally play out much like we wish ours idealized forgotten loves would have.

Later when she rejoins the team as a more mature Kitty Pryde, she sits at the “big kids” table and frequently spars with Emma Frost, the queen of vain. Her mini tantrums remind of us the young girl, partaking with the adults but still viewed as less, perhaps not earning her place. However, this changes during a physical confrontation between Kitty and Emma. We watch Kitty not only physically dominate the White Queen, she does so while unleashing decades of pent up rage. Ultimately she wins the battle and what little childhood remained in our beloved teen is wiped away and we’re left admiring a battle tested member of the X-Men. While we applaud her badassness, it’s only enhanced by her ability to still be the noble and empathic X-Man.

For a stint she serves as the Headmaster of Jean Grey’s School for the Gifted and we watch her character come full circle. Unlike many of her cohorts, Kitty does and has aged, moving from teenager to twenty-something. The student, the scared and timid girl becomes the pillar of a new movement of a different generation.

While we empathize with the rest of the mutants as they represent an allegory for civil rights, gay rights and minority persecution, Kitty Pryde is different. She isn’t the face of a movement or the icon of a species. In 1973, Byrne and Claremont had no idea they were creating the face of every awkward teen who felt uncomfortable in their own skin. We can only hope that as we grow with Kitty, we come into our own as she did. In the meantime, we continue to follow her journey, because in part, it’s like reading a super powered diary of our own lives. 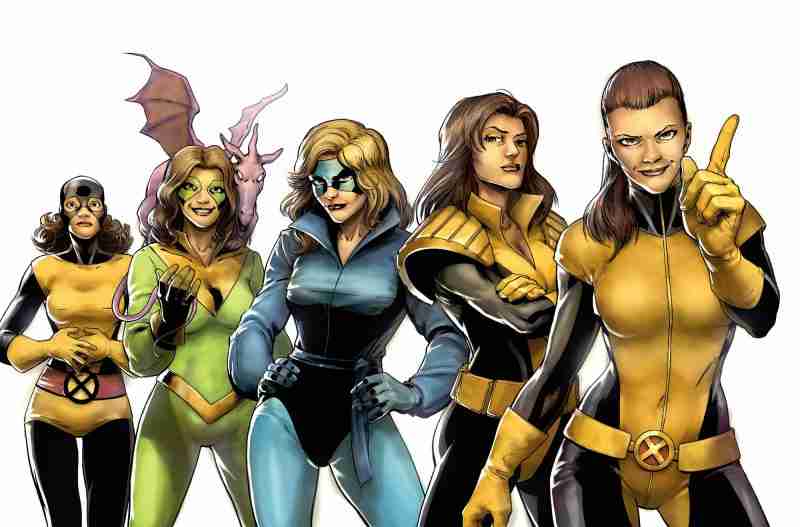