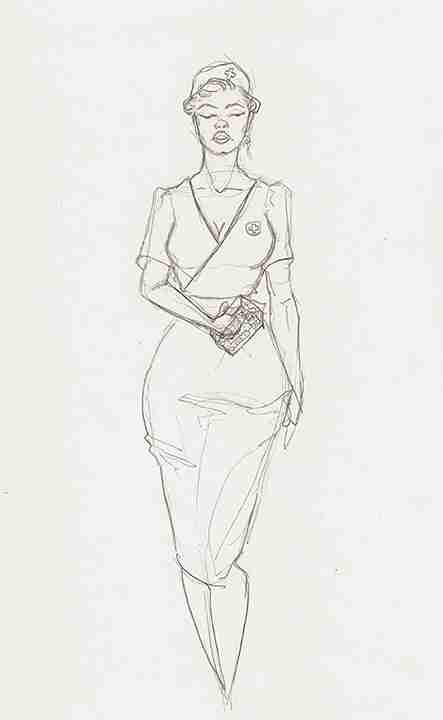 Suburban Zombie High
Nurse Harts
She’d be described as compassionate, incompetent and busty. Nurse Harts is the school nurse and provider of Tylenol and cold compresses. Her lack of medical knowledge makes her barely qualified to apply band-aids to the students. However, underneath the bubbly personality and bodacious shirt splitting body, she has some semblance of common sense. She owns her sexuality and understands that she’s the hottest thing to walk the halls of Boxford High School.

I love writing Nurse Harts. She has a mix of dripping sexuality that would rock the world of any teenage boy but she is completely unqualified for her job. She always makes me think she got slung into the position simply for the fact she would look amazing in a nurse’s outfit (even when it’s the tattered remains of the uniform.)

The origins of Nurse Harts is not derived from reality. Every school nurse that I have come across both as a student or as a professional has been more of the doting motherly type. I needed to find inspiration for a woman who could potentially be the cure for the zombie outbreak. Originally she would find the cure, but after watching Who Framed Roger Rabbit, I decided I needed a character who had sex appeal in this novel. With each character manifesting one particular personality trait, I decided to use Nurse Harts to manifest her sex.

Nurse Harts pulls her personality from a style of rag novels in which women were helpless except for the men that protected them. She is helpless other than her sex appeal, but unlike her origins, she has no problem weaponizing her sexuality. She has moments in which sees her own stereotype and runs counter to the expectation. She is the female counterpart to the Teacher but is fully aware that he has no redeemable qualities and uses him like a toy.

Upon the first beta reading of her character I made the simple assumption that everybody would know she was the hot nurse. I later discovered that the common experience was that all school nurses were undeniably “not hot.” This required some rewriting to produce the “sex kitten” appearance. It also made me ponder, how many more scratches, belly aches and migraines would teenage boys suffer? Knowing my friends they’d be willingly breaking bones on a daily basis.

The question about Nurse Harts is, will her air head ways be her pitfall or will she master her sexual prowess to emerge victorious during the zombie apocalypse.