X-Men: A Reflection of Our Humanity 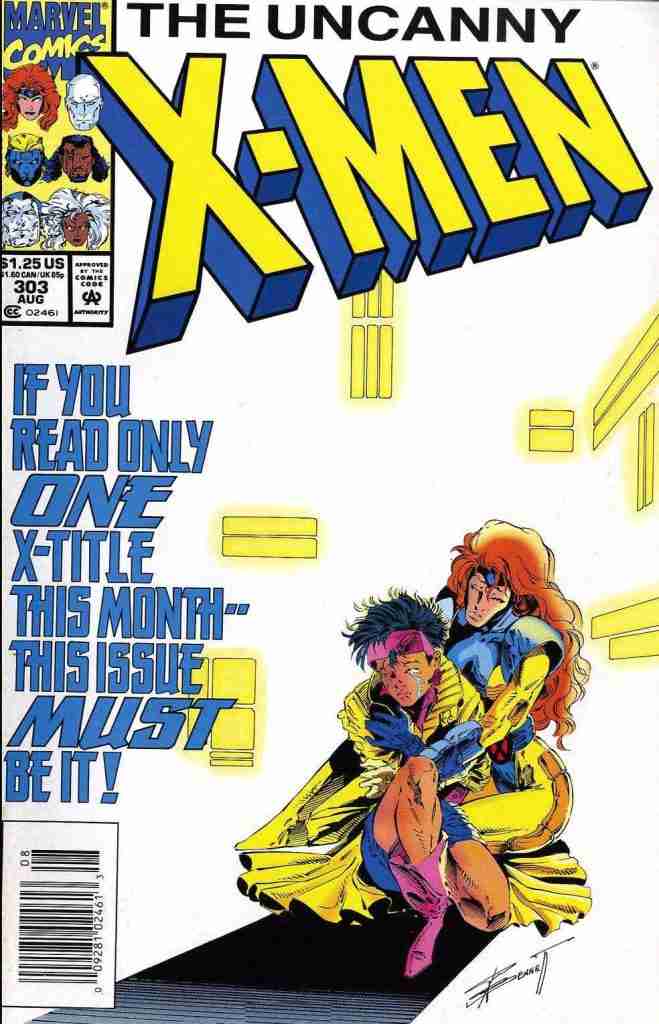 The X-Men will always be the dynasty I thrust upon a comic novice. But it is not the powers that put these vigilantes above the rest. It is the character driven stories of humanity featured between the pages that wins my heart. In Uncanny X-Men #303, this spark is at the forefront as an innocent child, Illyana Rasputin, dies.

The entire issue revolves around a discussion between Jean Grey, the worlds second most power telepath, and Jubilee, arguably one of the most underrated characters in the X-Men. Jubilee, the youngest X-Man at the time has been caring for Illyana, the younger sister of renowned X-Man, Peter Rasputin, also known as Colossus. Illyana has a superhero past expected of any mutant, including age progression and regression and being the ruler of a hell-like dimension. Her adventures are cut short as she contracts the Legacy Virus, a disease that once infected, kills its host.

Kitty Pryde, Illyana’s best friend originally served as the proxy for the reader. Young, not understanding her powers, she joins the X-Men answering the question, “What if this happened to me?” As she matures and ages out of the proxy, Jubilee is introduced, serving as the “too cool to care” teen scared of the power they wield. Now, after Illyana has died, Jubilee attempts to unravel her emotions leading up to the death of a girl she hard knows.

“Life stinks.” She is a petulent child, and one would think it would easily summarize the sense of morale in the X-Mansion, but the writers wouldn’t let it rest. After being Illyana’s caretaker for weeks, Kitty arrives and in minutes, she is displaced by her predecessor. She is jealous, angry, betrayed. Her emotions are messy, hard to explain, and the teen attempts to sort through them at Jean Grey’s request. From grief to anger, we experience the helpless of a person who watched somebody they care about die. We are Jean Grey, the friend in the room who can do nothing more than watch, and pray. 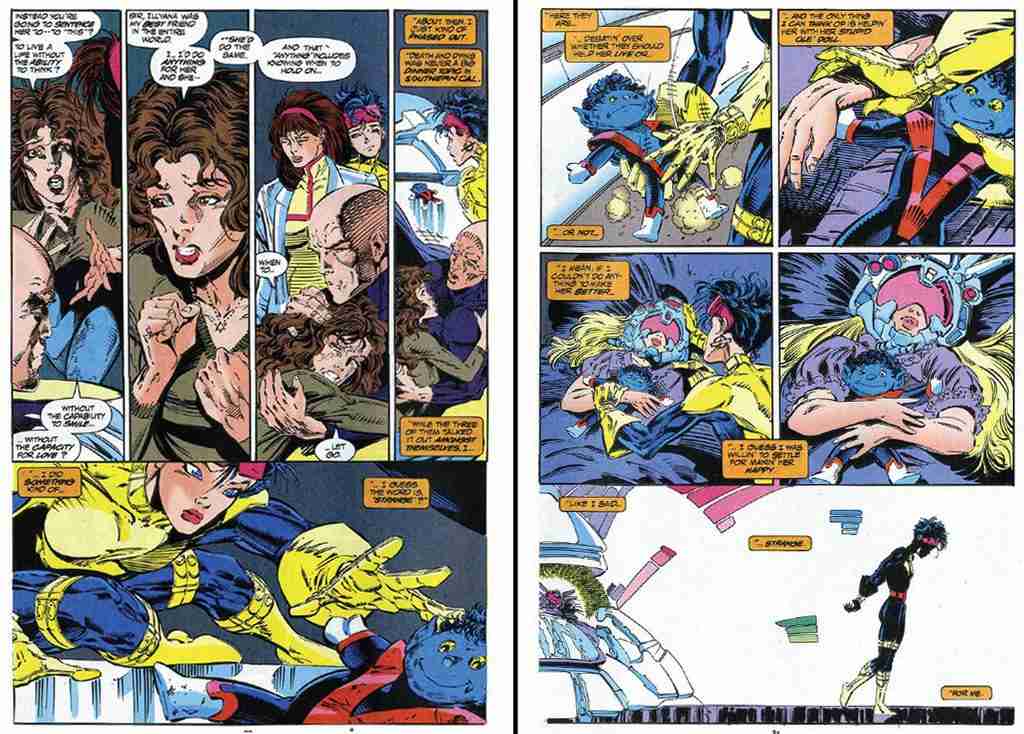 The complexity of these emotions is enough to drag tears from my lifeless eyes. Even though Jubilee is actively using her powers at the start of the comic, we see her as nothing more than human. This is doubled when the parallel is drawn that Illyana is not a mutant with the Legacy Virus, but a young girl with A.I.D.S. Suddenly we are watching a young, innocent, victim survive with the unfortunate hand given to her. As A.I.D.S. continues to ravish the world, this story goes from the fantastical, to a reality many of us find difficult to process.

Jubilee walks us through our grief.

I grieved. Illyana Rasputin had been a favorite character of mine. She walked a fine line between good intentions and dark temptations. The Legacy Virus, a direct response to the A.I.D.S. epidemic touched close to home. I knew several who had contracted the disease and it left me feeling empty. As Jubilee begins to sob, realizing she could do nothing but be by her dying friend’s side, I saw a inevtiable reality coming toward me. I too, felt powerless.

“Jubilee, we come into the world alone — and we leave the same way… the time we spend in-between… time spent alive, sharing, learning… together… is all that makes life worth living.”

Jean Grey’s words still echo with me to this day. And while Illyana lay comatose before her death, Jubilee sat with her, reading a book. While she couldn’t save her, she could make her time inbetween birth and death, “more comfortable.”

This. This is why comics matters.